An accurate historical reenactment of the Day of the Rangers

“Black Hawk Down” is a largely accurate depiction of the 1993 Battle of Mogadishu in Somalia. The movie is based off of the book Black Hawk Down: A Story of Modern War,  and author Mark Bowden did extensive research on the conflict in order to write a balanced movie. Bowden pored over army records, aircraft footage, and interviewed participants on both sides of the battlefield in order to gain an accurate perspective of the conflict.

Mark Bowden did extensive research on the conflict in order to write a balanced movie.

While some of the characters, who were based on real people, raised superficial concerns over how they were portrayed (like if their character smoked or wore earrings), the broad consensus is that Black Hawk Down is an extremely accurate historical depiction of this battle.

“When Jerry Bruckheimer met with Gen. John M. Keane at the Pentagon, the Hollywood film producer told the Army vice chief of staff he planned to make a movie about the Army’s 1993 battle in Mogadishu, Somalia. At the Jan. 15 premiere here of ‘Black Hawk Down,’ Keane recalled: ‘He came into my office and said, ‘General, I’m going to make a movie that you and your Army will be proud of.’ He did that, so we thank him for it.” –Linda D. Kozaryn American Forces Press Service 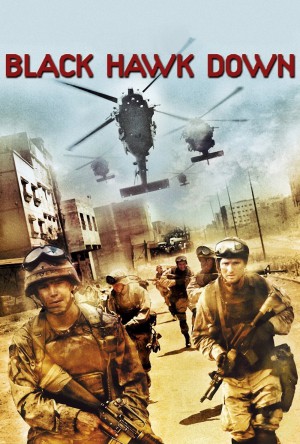