If you take away Jack and Rose, the film has historical credibility

The love story between Jack and Rose is fiction, but many of the characters in this movie are based on real people. Characters including Captain Smith, Molly Brown, and John Jacob Astor are all based on actual passengers aboard the Titanic. The movie also provides a historically accurate depiction of the boats interior and exterior, as well as how it sank. The band that played aboard the ship really did go down with the boat, as shown in the film.

The love story between Jack and Rose is fiction, but many of the characters in this movie are based on real people.

Even some of the lines in the film are taken from actual dialogue that took place aboard the ship. For example, when an object breaks aboard the boat a steward hollers, “That is White Star property. You will have to pay for that.” The steward, who survived the wreck, later explained that he made this comment because he was unaware that the boat was sinking. While the movie offers the audience a glimpse at the history behind the “Titanic,” due to the fictitious love story that predominates the film, it loses points on accuracy.

Watching Titanic today, it is clear that Cameron had and has a great interest in, and affection for, the ship; his devotion to re-creating her as nearly as could be (given the limitations of the research that existed in the early 1990s, when he began pre-production, and the mechanics of film-making) is evident in every frame. The most astonishing aspect of the film is the ease and fluidity with which it shows us the ship. –Sandy Mclendon 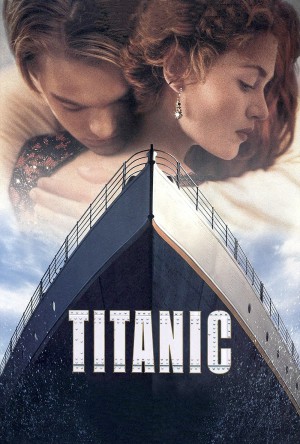