Filmmakers Kip Andersen and Keegan Kuhn build off their debut documentary Cowspiracy (see our review) with the direct-to-Netflix What the Health. The documentary promotes vegan diets by relying interviews with vegan advocates. Unsurprisingly, the resulting film is one-sided, and a balanced review of the scientific evidence will make a viewer wonder what the heck they wasted their time watching this film for.

Like most health/food documentaries, WTH presents a simple message that belies a much more complicated reality. WTH’s message is that meat, eggs, and dairy cause all kinds of maladies. For example, the opening shows news clips about a review by the UN-affiliated International Agency for Research on Cancer claiming that processed meat (e.g. bacon, sausage) causes cancer.

The film doesn’t mention that IARC’s classification has been criticized on a number of grounds, or that the agency itself still states, “Eating meat has known health benefits.” This quote doesn’t fit the agenda of the filmmakers and is omitted in favor of the insinuation that a strip of bacon isn’t healthy.

This kind of cherry picking exists through WTH. The film presents known activists as unbiased sources. Dr. Michael Greger, who advocates vegan diets and worked for an animal-rights organization, is presented as a “physician” and “bestselling author.” Dr. Milton Mills, who is affiliated with the vegan advocacy group PCRM and who calls the federal government’s dietary guidelines a form of “racism,” is presented as a “critical care physician.” Neal Barnard—a psychiatrist by training—is at least listed as the president of PCRM, although viewers may not know it is a PETA-linked group, or that Barnard has said such outrageous things as comparing cheese to cocaine (“dairy crack”). Jake Conroy, who is presented as a “formerly imprisoned activist,” provides a few wild-eyed quotes about the government being in bed with industry.  Conroy, the film neglects to specify, is a convicted felon who was convicted as part of an animal-rights terror campaign. Even Steve-O—the loveable idiot from MTV’s Jackass—has a cameo.

Using loaded words and shocking analogies may get the viewer’s attention, but it’s a telltale sign of nonsense at work. For instance, they claim milk is “terrifying” and eating one egg is like smoking 5 cigarettes. They present no credible evidence that this is true. Showing a cigar in a hot dog bun is a clever way of making a point, but it also compounds the irresponsibility of the message.

The What the Health movie is not a balanced documentary, but an alarmist, biased polemic. It cherry-picks scientific studies, exaggerates, makes claims that are untrue, relies on testimonials and interviews with questionable “experts,” and fails to put the evidence into perspective. It presents no evidence to support the claim that a vegan diet can prevent and cure all the major diseases. It is simply not a reliable source of health information.

The gimmicks are unoriginal and distracting. At one point, Andersen sets up a meeting with an American Cancer Society representative to discuss links between diet and cancer. It is canceled at the last minute, and Andersen continues to email her, wondering why she doesn’t want to talk about the issue. Perhaps she simply Googled his name, figured out his existing agenda and his shtick, and decided it was not worth her time. (Andersen eventually conducts a “gotcha” interview with an American Diabetic Association spokesman who probably wishes he had done so.) At other times, Andersen picks on receptionists during his phone calls, which seems out-of-bounds.

The film is ultimately an exercise in confirmation bias. If you’re already a vegan, it will be icing on the cake. If you’re not, it will likely frighten you into doing more research—whereupon you hopefully come across more reliable sources.

“Not only could I survive on a plant-based diet, I could thrive,” says Andersen at the end. And that’s really what the film is about: Showing viewers that vegans can live healthfully. If only he accepted the mainstream medical view that non-vegans can, too. 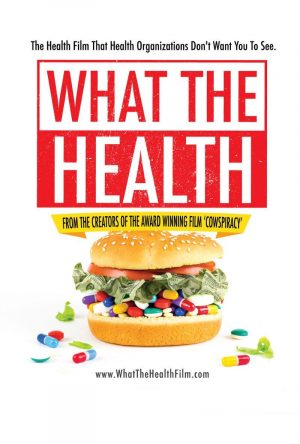