The Story of Plastic is an Emmy-award-winning documentary focused on plastic pollution. While they certainly succeed in their goal of depicting plastic as a problem, the pessimistic film ignores any potential solutions to plastic pollution while simultaneously ignoring the countries that are to blame for much of the mismanaged plastic.

The film was produced by the same group that produced the short film, The Story of Stuff, and the Break Free From Plastic coalition. The documentary includes commentary from environmentalists, including one alleged eco-terrorist who tied herself to a tree while protesting the development of a pipeline.

Those interviewed for the documentary blamed American consumers and producers for the entirety of the globe’s plastic pollution. Despite China being the globe’s top polluter, the film lauded China’s decision to stop importing recyclables while ignoring the fact that Chinese cargo ships have been dumping trash directly into the ocean for years. (As much as 73 percent of trash collected in the Atlantic Ocean was traced back to Chinese cargo ships, according to a study published in the Proceedings of the National Academy of Sciences.) The film also focuses almost entirely on consumer goods while ignoring the fact that the Great Pacific Garbage Patch consists mostly of abandoned fishing gear, not straws or bags, according to National Geographic.

Additionally, the documentary attempts to make the case that no plastic products are essential. The filmmakers condemn the expanded use of plastic in developing countries. Images of diapers floating in the river were used to make the case that such products should not be used in developing countries–while ignoring the medical benefits many of these products give to those that need it most. A lack of access to clean diapers is directly linked to poorer health outcomes for infants, according to a study from the National Institutes of Health.

While the film did include misleading propaganda against recycling and wrongly blamed Europe and North America for ocean plastic pollution, it did get a few things right. Filmmakers acknowledged that some plastic alternatives, like “biodegradable plastic,” are not actually any better for the environment. Many products deemed “biodegradable” only degrade in ideal conditions not found in nature. 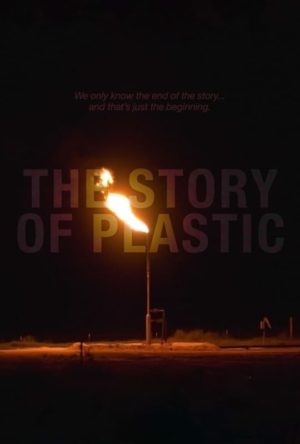