Can anyone locate the evidence? I can't seem to find it.

The Human Experiment is a beautifully produced, Sean Penn-narrated documentary that attempts to link the increase in chemical use with the increase in ailments such as autism, cancer, and fertility problems. But while personal stories of health problems invariably tug at the heartstrings, the documentary fails to put forth any hard scientific evidence for these sweeping assertions.

One of the documentary’s personal tales involves a couple struggling to become pregnant, failing to conceive both through conventional means and in-vitro fertilization. The woman’s heartbreaking tale is portrayed as something of a medical mystery—her doctors admit they can see no reason why she cannot become pregnant. To explain her infertility, the producers name a list of potential chemicals (including DDT—a chemical banned in the U.S. since 1972) that might be causing her problems.

The film spotlights one chemical in particular that she thinks is causing her infertility: Bisphenol A, or BPA. BPA is ubiquitous; it’s found in everything from the lining of cans to plastic packaging to water pipes. While there have been some studies linking BPA to health problems, two major reviews of BPA research by the U.S. Food and Drug Administration and the European Food Safety Authority conclude that BPA poses no health risks to humans as it’s currently used. Yet the documentary makes no mention of the evidence pointing to BPA’s safety.

the documentary makes no mention of the evidence pointing to BPA’s safety.

That’s just one of the documentary’s slew of personal tales blaming chemicals for health problems without any evidence to support the accusations. Among the other featured individuals: A young woman from California rails against toxins in makeup and goes so far as illegally sticking toxic labels on deodorants and products on the shelves in drugstores.  A cleaning woman with rashes from cleaning products claims to be cured after switching to green cleaning products with no attempt to demonstrate how these products differ from traditional items.

All of this “evidence” is used to underscore the film’s thesis that consumers are merely lab animals for large companies producing chemical-laden products.

The few actual statistics highlighted by Penn’s film are used in an alarmist fashion. For example, he links the apparent increase in autism rates to chemicals in the environment. The film notes that in 1999 one in 500 children were diagnosed with autism but today the number is one in 88 children—pointing to the increase in chemicals as a likely culprit.

But correlation is not the same as causation. No evidence is offered to conclude that any particular chemical, or combination of chemicals, causes autism. Along with increases in autism diagnoses, we’ve seen the explosive growth of Starbucks franchises, smart phones, and organic food production. While correlation exists, there’s certainly no evidence any of these items cause autism.

No evidence is offered to conclude that any particular chemical, or combination of chemicals, causes autism.

The film uses a broad brush to blame industry for the increase in health problems, claiming they’ve thwarted attempts to reform federal and state chemical laws. To bolster its case, the film asserts that the U.S. is falling behind China when it comes to chemical regulation—a claim that seems rather preposterous considering recent reports of flooring with high levels of formaldehyde, baby food laced with melamine, and other products exported from China containing potentially dangerous levels of chemicals. (Regulations on China’s books may be very different than enforcement on the ground.)

While the film succeeds in evoking an emotional response to the struggles of those individuals profiled, it doesn’t succeed in providing actual evidence to prove its basic contention that chemicals are responsible for a host of health problems. 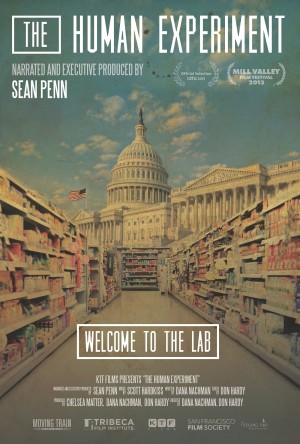