Ask the San Francisco 49ers if Michael Oher is real

For a large-scale Hollywood production, “The Blind Side” deserves credit for anchoring itself close to the facts. Michael Oher really was a homeless teen who was taken in by an affluent Tennessee couple.  As the movie reveals at the end, Oher would go on to have a remarkable NFL career that included a Super Bowl victory in 2012 with the Baltimore Ravens.

For a large-scale Hollywood production, “The Blind Side” deserves credit for anchoring itself close to the facts.

The family that adopted Oher has verified the authenticity of the film, and Michael Oher has detailed his struggle growing up in poverty in his book  I Beat the Odds: From Homelessness to The Blind Side and Beyond. Although Oher has disagreed with some of the scenes that depict him struggling to learn how to play football (as well as Sandra Bullock’s professional coaching abilities),  he has acknowledged that the movie accurately portrays his love for his adopted family.

Before it was a Hollywood happy ending, future football star Michael Oher’s life seemed to be destined for tragedy. But with the help of his adoptive family, Oher overcame great odds to graduate from college, play in the NFL and become the subject of a book and new movie. –ABC News 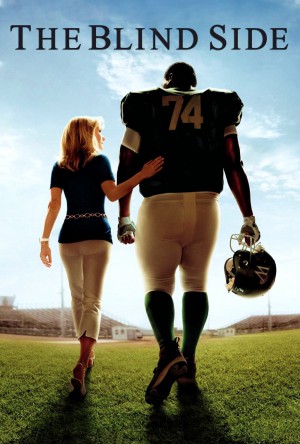