If Michael Moore loves Cuba so much, why does he still live in America?

Cuban citizens attempt to flee their country by the thousands each year.

These refugees brave the high seas in makeshift rafts where they endure dangerous currents, choppy waves, and shark infested waters, in order to make the 90 mile journey to America’s shore. Despite the fact that Cubans are willing to take this enormous leap of faith by the thousands each year, Michael Moore wants you to believe that Americans should be travelling to Cuba to receive healthcare. Intuitively, you know he is full of crap.

‘Sicko’ could double as a Fidel Castro propaganda film.

‘Sicko’ could double as a Fidel Castro propaganda film with the disturbing way that it attempts to prop up the communist’s regime’s failing healthcare system.

Cuba’s healthcare system is terrible. Period. Under the Cuban government’s health care monopoly, the average Cuban citizen suffers through long lines for medical treatment, severe shortages of basic medications and antibiotics, and a lack of qualified specialists to treat them.

So if the Cuban medical system is so terrible, why did the patients that Michael Moore travelled with receive treatment? Simple – because they are foreign tourists with American dollars. Unless you are a wealthy tourist or a member of Cuba’s ruling elite, that quality of medical care is unavailable to you. It takes a great deal of spin to elevate Cuba’s medical system above America’s, but that’s just another day’s work for Michael Moore. 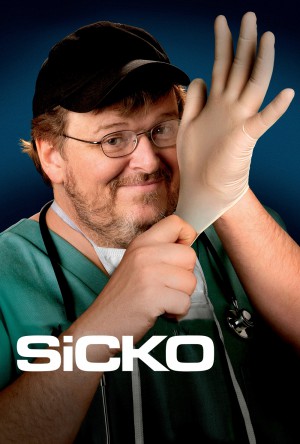