Most renewable energy isn't as renewable as we thought.

Planet of the Humans included so many harsh realities about the renewable fuel industry that environmentalists attempted to get the film censored.

Michael Moore–a documentarian not known to defend corporate interests–produced Planet of the Humans alongside his longtime filmmaking partner Jeff Gibbs. Moore and Gibbs, both longtime environmentalists from Michigan, made the film to investigate why renewable energy sources hadn’t truly replaced fossil fuels.

Gibbs, who narrated and filmed the documentary, picked apart each of the existing forms of renewable energy and found fatal flaws in each form that rendered them useless as complete alternatives for fossil fuels.

He visited a football-field-sized solar panel field in Lansing, Michigan, that averaged 8% efficiency to produce enough electricity to fuel 10 homes — on a sunny day. He noted that solar panels can only be produced using refined quartz mined from the earth, not the endless piles of unpurified sand on the surface. He pointed out that solar panels can only be independent of fossil fuels if they are backed up by batteries that require rare earth minerals — meaning they’re not renewable.

Over the span of several years, Gibbs visited two environmentalists’ celebrations that claimed to be fueled by solar power only to uncover that they required diesel generators to keep the stage lights from shutting down.

Gibbs spoke to critics of wind power who noted that the implementation of turbines often leads to deforestation or other natural disruptions to make enough space for the massive machines. Those critics also highlighted that wind turbines have a life span as short as 20 years, leading to more future construction.

Gibbs hammered away at the fact that many environmental groups, including the Sierra Club, are funded by corporate billionaires like Michael Bloomberg. Even the Koch brothers got a shout out from the documentary because Koch Industries own companies that manufacture glass and solar panels championed by environmental groups.

The filmmakers mocked environmental groups for bragging about closing coal power plants only to replace them with natural gas. (Natural gas emits less carbon than coal, but is still a fossil fuel.)

The refreshingly honest documentary from the rarely truthful Moore, argues that alternative energy sources don’t have what it takes to power the planet, despite the desires of the crunchy crowd.

Not surprisingly, this position outraged many environmentalists. Some claimed that the documentary was filled with dangerous misinformation. Others called it a “gift to big oil.” Few, however, picked apart the specific claims. The most common complaint was that the data used in the documentary was old. One environmentalist wrote in Vox that Gibbs’ data on solar panels was old. Gibbs said the solar panels were 8% efficient. Data from 2020 shows that solar panels can be 20% efficient. Not a major difference when the scope of the argument is powering the world.

The film, which was released directly to YouTube in May 2020 because of the COVID-19 pandemic, was eventually pulled down from YouTube after a film company claimed Moore used his work without permission. The video was ripped down over four seconds of disputed content. Moore maintained that it was legal to use under “fair use” regulations. He also claimed that environmentalists sought out the copyright claim to have the film removed. The film was eventually restored to YouTube.

The spin in this documentary comes from spins of omission. While the information in the documentary is largely correct, one key energy source was left out of the film… nuclear.

The film spent no time investigating whether nuclear power, which emits hardly any carbon, would be a possible alternative. Ignoring a highly efficient, clean energy source that has already proven its ability to power entire cities in favor of population control is some pretty serious spin that cannot be ignored. 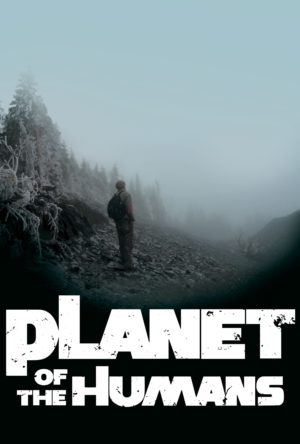