While Joe Clark wasn’t quite the superhuman school principal that “Lean on Me” makes him out to be, the fact is, Joe Clark did improve standardized test scores during his tenure at East Side High in Paterson, New Jersey.

The dramatic transformation that the movie indicates is highly exaggerated

Clark is also said to have possessed the no-nonsense personality that made him a popular character with moviegoers, and he took school policing very seriously. That said, the dramatic transformation of East Side High that the movie indicates is highly exaggerated, and the school entered state receivership shortly after Clark left the school.

If the bullhorn-and-baseball-wielding educator was going to have his inning on the screen, he couldn’t have prayed for better casting than Morgan Freeman.– LA Times 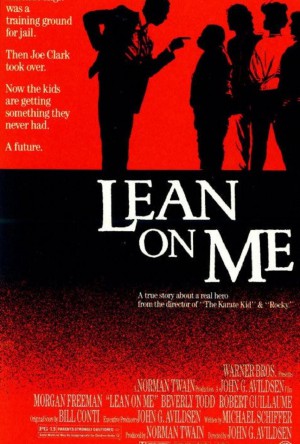