Warning: sizeof(): Parameter must be an array or an object that implements Countable in /home/498960.cloudwaysapps.com/havszpakej/public_html/public/wp-content/plugins/simple-fields/functions.php on line 1685

Knock Down the House is a straight-to-Netflix documentary directed by cultural anthropology degree holder Rachel Lears. The film focuses heavily on personality over policy and glosses over the red elephant looming large in the room: for at least some of the film’s subjects, socialism is a unifying factor.

While the film follows four insurgent women challenging sitting Democratic legislators, the true star of the circus is Alexandria Ocasio-Cortez, the only one who would go on to win her primary attempt and subsequently find national fame. AOC’s current notoriety is clearly the reason Netflix was interested in the film.

The other three women are Paula Jean Swearengin, an anti-coal candidate running for a Senate seat in West Virginia; Cori Bush, a nurse running in Missouri’s first Congressional district; and Amy Vilela, who has a genuinely touching story about losing her daughter, running in Nevada’s fourth.

Not all viewers will pick up on the stealth socialism propaganda elements of Rachel Lears’s film. One example is when Vilela is driving down the road saying, “I don’t even know what a Marxist is!” Later, shots of her campaign headquarters in Las Vegas reveal the walls plastered with Democratic Socialists of America posters—-a group founded on Karl Marx’s ideas.

Perhaps the most glaring example, however, is a short clip showing the Democratic Socialists of America endorsing AOC in New York. Unsurprisingly, this endorsement is not dwelled on.

AOC also states in the film that she wants to “redefine the political landscape in New York City,” when the politics in that city are already to the left of the vast majority of America. Her radical policies are noticeably unexamined throughout the film. As New York City found out after AOC helped kill Amazon’s move to Queens, her beliefs can have serious consequences.

AOC plays around with the idea of calling for abolishing ICE; meanwhile, Vilela has a “Defund ICE” poster hanging up in her campaign HQ. In one public appearance, AOC calls the decision to move the United States embassy to Jerusalem a mistake, but does not elaborate on her stance. She gets off some good soundbites and criticizes her complacent incumbent opponent, but she is clearly stronger when she speaks in generalities and not specifics. Maybe that’s why she admits in the film that it’s harder for her to have policy conversations with individuals, rather than groups.

The music and B-roll footage is combined to emotionally manipulate the viewer and convince the audience to side with the film’s subjects—Lears is clearly enamored with her subjects. However, the film’s theme of going up against the establishment becomes tiresome over 90 minutes.

And while most of the slow-paced film is there to document four congressional runs, it’s confusing as to why some scenes are even included. One example is a scene of AOC and her boyfriend talking about coffee in an apartment. While it may have been an attempt to humanize the film’s subjects, it comes across as a bizarre interruption of the film’s narrative.

As a propaganda piece designed to make the audience sympathize with democratic socialists, and especially AOC, the film does its job. But as a documentary that aims to flesh out the positions of its subjects, the film misses the mark. It’s fascinating that this fringe political movement is growing in the United States, but to take such an unassuming and uncritical look at some of the people involved in its growth is a questionable directorial decision.

Rachel Lears has directed a puff piece that lacks substance, and its tacit political bias lacks subtlety. This film is best suited for those who have already drank the (red) Kool-Aid. 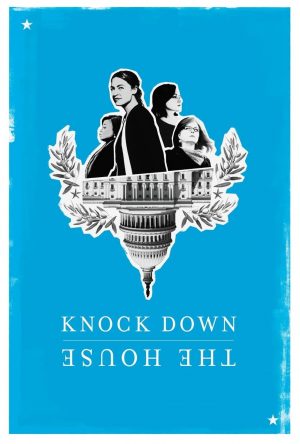