Farmland is a documentary about food and agriculture that sets itself apart from other films in one key regard: It attempts to soberly present facts without attempting to scare the audience with conspiracy-mongering about “Big Ag.” The documentary features interviews with six young farmers and ranchers, including some organic farmers, concerning hot-button issues such as genetically modified foods.

Generally, they don’t see what the fuss is all about, with even the organic farmers supporting GMOs (which aren’t used in organic agriculture). A chicken farmer provides a look at a what a “factory farm” is—a larger-scale operation owned by him and his family. (Over 95% of farms are family-owned, according to the USDA.) Also refreshing is the acknowledgement by the farmers that many systems of production work, which stands in contrast to the shrill demands of food-activist groups.

Though short at 77 minutes, the film’s a little on the slow side and could get into more details with the audience to expose them to more knowledge. But dullness isn’t bad when the more exciting documentaries on food production—such as Food Inc. and GMO OMG—are little more than propaganda flicks. 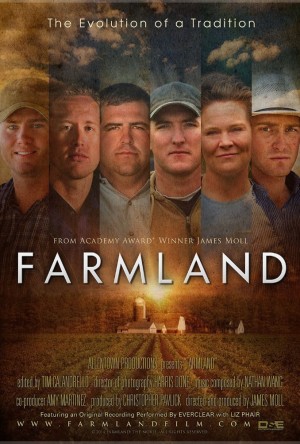