It's time for this pirate to walk the plank

‘Eco-Pirate’ glorifies the dangerous and violent tactics that Paul Watson uses in order to conduct his “whale wars.” It is deeply disturbing that the director of the film, Trish Dolman, chose to glorify Watson’s form of vigilante justice rather than more civic-minded approaches for enacting change. Even Greenpeace, which is surely sympathetic towards some of Watson’s goals, was so disturbed by his methods that it threw him out of the organization.

Watson brags that his ship, which he uses to ram Japanese whaling vessels, is “the mother of all can openers.” What the audience needs to remember is that there are people on board these ships.

It is disturbing that the director chose to glorify vigilante justice rather than more civic-minded approaches for enacting change.

While individuals can disapprove of the practices employed by these fishermen, most would agree that they do not deserve a death sentence for what they do. Only radicals like Paul Watson might claim otherwise.

Paul Watson is flouting international law with his dangerous tactics. Plain and simple. That is why he is wanted in 2 countries, and why he is currently tied up in court over his actions.

Watson also has some other legal issues on his plate. A recently-filed lawsuit alleges that he intentionally sunk one of his ships and falsely blamed it on a Japanese whaling boat in order to solicit donations. The lawsuit also claims that he didn’t end up using the donations to replace the ship. Despite Watson’s reprehensible tactics and legal troubles, the filmmakers chose to put this wanted fugitive up on a pedestal. 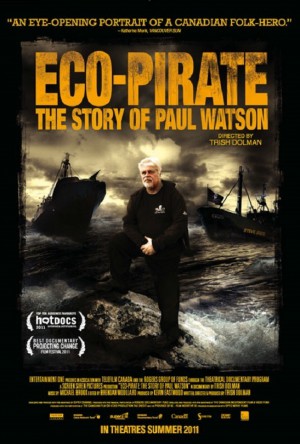